Samsung users report random pictures being sent to random contacts!  This problem seems to be happening on Samsung  Note 8, S9 and S9 Plus models that use T-Mobile as their carrier.  You thought iOS was giving you trouble. Apple users can grin a little today and breathe a sigh of relief knowing their phone is not sending random texts & photos through their messaging app.

We are in cell phone repair business since 2012, we can fix most Samsung galaxy phones issues. If your Samsung phone is suffering from a cracked screen, battery issue or water damage and you’re in need of fast, affordable Samsung phone repair services in Boca Raton, FL,  visit Fixit Phone Repair, We can fix all Samsung Galaxy S & Notes all Samsung Phone Models.  We use Grade A quality Samsung galaxy parts. Get free quote at 561.826.8073 for your Samsung repair today!

In the modern world phone repair service  are as important as car repair service.  Almost everyone has a cell phone and there are more phones in service than cars on the road.  But it wasn’t the intention of phone manufacturers to provide phone repair service.  If it were up to them any potential repair should be converted to a new phone sale.  The reason why phones are getting repaired is the availability and affordability of replacement parts.

The south part of China has become the electronics distributors for the whole world and feeds the phone repair industry.  Chances are any electronic device, appliance, gadget was produced and manufactured here.  And the mega corporations that choose to have their products made here have been infiltrated and breached.   In a case of corporate irony, corporations that tried to save on labor costs also exposed themselves to intellectual theft.  All of the replacement parts for any Apple iPhone repair are copies using stolen schematics from factories.  Even though it’s against the law but it is rarely enforced and many officials are paid off to look the other way.  This is the main reason Apple decided to build its largest manufacturing plant to date in Wisconsin.  Apple is doing everything it can to kill the third party phone repair industry.

The phone repair industry is lobbying congress to try and change the laws.  Just like the auto industry had to change its policy years ago so will the big phone manufacturers.   If you buy your phone in full, just like your car you should be able to have it fixed where you want.  And the manufacturer will need to provide genuine replacement parts for the public to buy.  The reason the phone repair was created is because consumers want a choice. 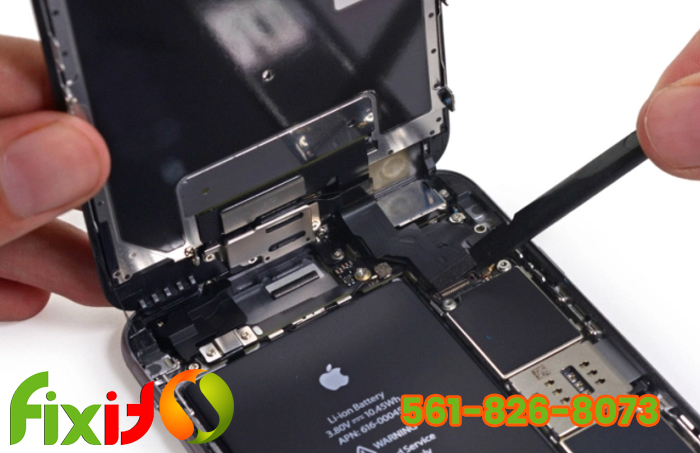